It is snowing heavily outside as the gloaming deepens. I am watching an old Barry Jenkins movie filmed not quite in black-and-white, but almost. A few colors bleed through palely, like the main characters’ shirts in faded red and yellow, and the effect is an old photograph that has been manually hand tinted. There was a one-night stand and now I’m watching a scene from the following day where the two people are exploring the streets of San Francisco together. At one point they walk through a park caught between buildings where there is a waterfall flowing over a concrete ledge. The couple walk behind the water and stop to view the engravings carved on the wall. Although this is all besides the point.

The man, who is carefully but persistently pursuing the woman, reaches out a hand and places it on her lower back. He guides her in front of him with this touch and she follows, allowing his hand to rest there, lightly pressed, in a gesture that says, I want to touch you, I want to pull your body into mine, but instead I will show you through this touch how I respect that we hardly know each other.

And there lies the point. They hardly know each other. Yet he feels it is appropriate to touch the woman’s back. And she lets him, and follows his hand, lets him guide her, and she pauses just long enough to let his hand linger showing that she doesn’t mind.

This gesture embodies everything about masculinity that I still don’t understand.

I almost pause the film on the shot where I can view his hand against her back. The light touch. The delicate but intimate pressure. The desire held back with restraint. The man gesturing in a way that only men gesture.

I let the film roll on, but I am stuck there on his hand reaching out and touching.

I would never know how to do this. I wouldn’t even think of doing this. As a trans guy who is just learning how to interpret and maneuver though masculine terrain, and as someone who was socialized as female and is all too aware of how men’s hands wander into places they shouldn’t, I am exceedingly cautious about keeping my hands to myself. I have never gestured in this way, even with intimate partners. I can’t imagine wanting or needing to control another person’s movement in this way.

But yet men make this gesture constantly, and women seem to accept and even sometimes enjoy this touch (I have almost exclusively observed this specific touch between heterosexual couples, but I do wonder why it doesn’t translate to queer couples. Is it too old-fashioned? Too associated with heteros to bleed into queer relationships? Which leads me to wonder what the intention is behind this touch and to surmise that most likely it is built on men’s control over women: cis men believe they have the right, and even expectation, to move women about as they please).

The placement of the hand on the lower back is intentionally intimate. A touch to the shoulder or the upper back does not have the same effect. Although men do this regularly also, particularly to women they don’t know well but still feel it is appropriate to touch.

But this isn’t about appropriate gestures and isn’t about men’s inherent confidence to put their hands where they please. It is, in the end, about my inability to touch a person (of any gender) with public intimacy which stems directly from the shame I carry as a trans person.

Oh. Right. This is about shame.

I don’t know how to write about shame because it is so woven into my being. I am too close to it. It is the skin I wear. It is every bone. It is in every smile. It flows out with every exhale.

In watching this brief shot in the film, I see in that man’s hand, as if he is cupping the depths of my soul, all of the shame that I carry deeply within me which has become as natural to me as breathing. I accept it, allow it, even embrace it as freely as I do each inhale that is so inherent to the rhythm of my body.

All roads lead to shame the way every vein leads to the heart.

Tyler Orion is a queer, trans writer and photographer living in rural northern Vermont. Orion works at a small, independent bookstore, is a reader for the Maine Review and has work forthcoming or published recently in Orion, Brevity, Allegory Ridge, Mount Island, and in an anthology from Damaged Goods Press.

Featured image by VolensNolens from Pixabay 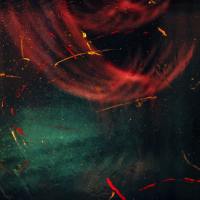 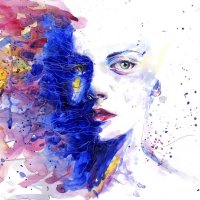